The sea coast has always fascinated me with the fact that you can walk by the land only in the one or the other direction. To get to the Rowy from Katowice I had to include a change at Ustka. The day before, I noticed that it does not - Rowy is only 15 km to the east from Ustka. Only remaining question - is it possible to pass this section of coast? The sea can be affected by river or beach can be steep and overgrown ... However, I decided to check it out by my own;) 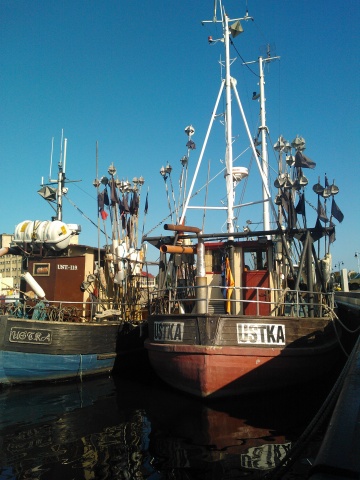 From local people encountered at 7 am in the port in Ustka, I learned that the transition to the Rowy is perfectly possible and without problematic. After the departure of people at a distance where were only me, sea, beach, dunes and woods - I have ate a meal before before this romantic trip waiting for me. 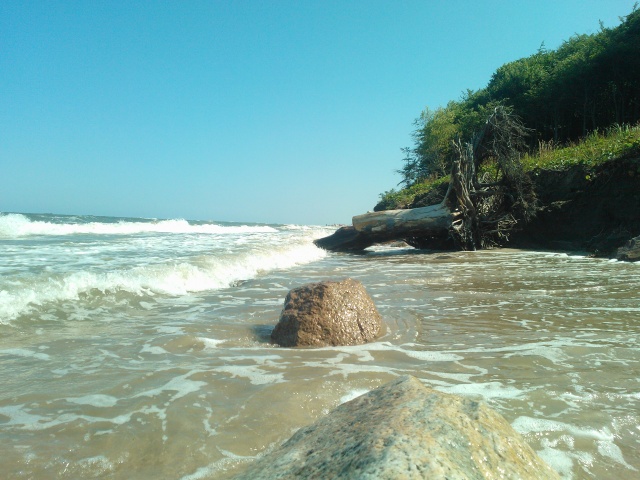 Overcoming this route took me four hours with a few breaks for meals, I decided to do an experiment and at every 5 minutes did the image so that the center of the frame to have a joint land and sea and sky to the ground. I hope I can get in this way an interesting stop-motion animation (such as the effect here - boat coming into the Water Port in Gliwice), but now I see that the pictures should be taking more frequently;) 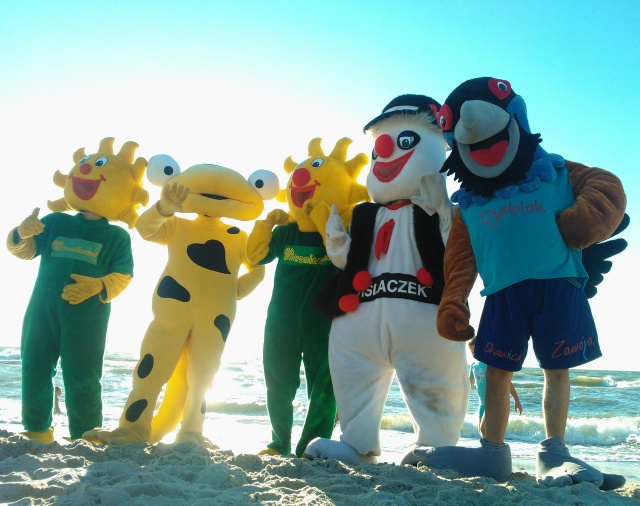 When I reached the Rowy beach I did not meet nudists (the existence of which at this point I learned from a couple of people I met on the way here), but I met five great mascots who have come here from different parts of the Poland...
Map